Docker Networking - Advantages and Use Cases

Nowadays, docker container networking is becoming more and more popular due to its versatility. You can connect containers together or even to non-docker environments easily. Dockers can be used anywhere such as Linux, Windows, or even a mix of two.

What is Docker Networking?

Docker networking has become pretty popular due to its immense advantages. Before going deep into docker networking, you should know the meaning of docker.

Back in the days, applications run in the host. Numerous applications share the same libraries that are present in the system. However, the present situation is different. The operating system has the only kernel as a common thing. And also different applications have different libraries.

In a nutshell, docker is nothing but an open platform for developing and running applications with the help of containers to run apps quickly. Dockers enhance the communication of the application easier.

Well, but how do they communicate?

Docker networking is widely used to run various applications. This networking is user-friendly, scalable, flexible, and easily available. Also, works on various servers, straight forward, and easy to use without any complications. Want to know more? If yes, here is everything that you need to know.

Docker is easy to handle in day to day life. It’s easy to automate and access. So, you don't need to struggle a lot to run applications in Docker.

Usually, this network system enhances the availability of applications widely.  Even if the container or host is missing, you can still use either additional resources or pass over to other available services.

Docker is a completely distributed network that enhances the growth of applications individually.

One of the best things about Docker is that it’s easy to use. Even a beginner can use docker without any complexity. So, these are the few advantages of Docker.

To access all the advantages of the dockers, you need a Container Network Model or CNM. This network model provides networking for containers using various network drivers. Basically, CNM consists of 5 objects. These include network controller, driver, network, endpoint, and sandbox.

The drivers in the CNM own and manage a network on satisfying various use-cases and deployment scenarios. Let’s dive deeper into the drivers.

There are mainly 5 types of drivers: Bridge, Host, None, Overlay, and Macvlan. Out of all the five drivers, Bridge and Overlay are used regressively.

This is an internal default driver. If you do not specify a driver, then you are creating a bridge driver. In this network, all containers get the internal IP address that accesses each other by using internal IP. Usually, these drivers are used to communicate with the apps when they run standalone. 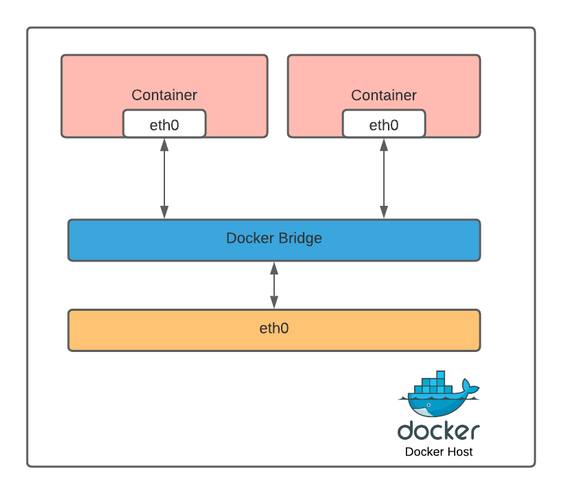 If you would like to communicate on different docker hosts, then you should either manage communication routes at the OS level or can directly use an overlay network (another docker network driver). 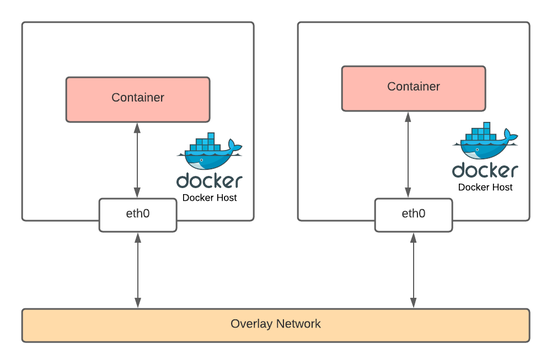 This driver network eliminates the process of routing at the OS level for the communication of containers on different hosts. Also, an overlay driver ensures a secured network when encryption is enabled, Usually, it sits on top of the specific host's networks.

This helps the container to appear as a physical device on your network by assigning a MAC address to a container. A few applications that measure and monitor network traffic, need to be connected directly to a physical device. In that situation, the MacVLAN driver network is helpful to assign a specific MAC address.

This driver network removes the isolation between the container and the docker host for all the standalone containers. In other words, this driver allows the container to shares the networking namespace of the host machine and uses the host’s IP address and TCP port space to expose the service running inside the container.  It's faster than the bridge driver as there is no routing overhead involved in this. 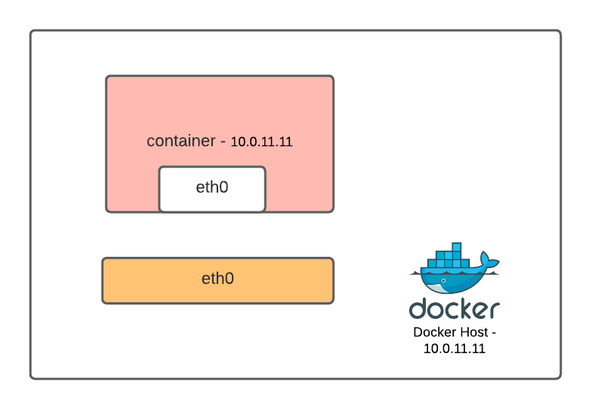 Host driver is highly useful to optimize the performance of a container that needs to handle a large range of ports. As this driver exposes containers directly to the public network and this adds some security complications.

Usually, this driver works on Linux hosts only. And does not support other hosts such as Maz, Docker Desktop for Windows, etc.

Finally, this is the last docker driver. As the name suggests, this network is not attached to any network. Also, no driver network cannot access external networks or other containers. Basically, this type of networking is used when you would like to disable the network stack on a container or to create a loopback device.

Bridge and overlay drivers are known as docker default networks. Because docker provides these two drivers by default. However, you can also create your own driver through advanced tasks and programs.

It is a network that creates an equal distribution of communication among multiple Docker daemon hosts.

Routing Mesh is a feature that docker swarm services use to publish ports. The routing mesh uses port-based service discovery.  This allows each node in the swarm cluster to accept connections on published ports for any service running in the swarm cluster.

Things You Should Know About Docker Image and Dockerfile Optimization